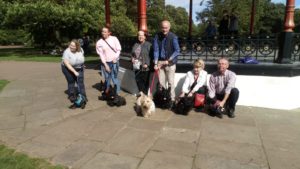 We met beside the bandstand at Greenwich Park

We are only a week from the Equinox and a few weeks away from the return of GMT and short days. But that was all in the future, somewhere, who cares?, when Scottie owners from across the capital linked hands and made new friends with our buddies on the east side of town on Sunday.

We chose Blackheath in south-east London - our furthest east so far - for the meet-up but actually managed to make it across the road to posher Greenwich Park, historic maritime site, meeting under the well-kept Victorian bandstand for an encore of canines. 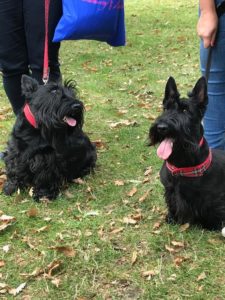 Pikush & Daisy. They share the same mum. They met at London Scottie Club

For many, it was also the first time they had met our youngest member, eight-month-old Phoenix albeit she was a little late to the party, coming the furthest from the west of London.

Some established members, and many new ones, attended the two-hour get-together in the stunning autumnal sunshine. We stood near the Royal Observatory, from where "Time Begins" as the point of Greenwich Mean Time, and looked over the panorama of the London City skyline, shimmering in the sun. Nearby stands a statue to Major-General Wolfe (I'm not making this up) so where better to round up some Scotties? 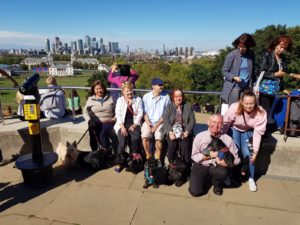 London Scotties near the Royal Observatory, home of the GMT, with the London City Skyline in background

The dogs were, as ever, very well behaved. We met Norman, a 10-year-old rescue from Battersea Dogs Home, as well as Daisey and Darcey, and one total gate-crasher - out walking Mungo in the park. Good timing!

Ben was there as were Pikush and Pudding. Scotties of every age and type, it was like a Scotties Union Nations.

It was great to learn more about how Scotties fare in the east side of London. Rather well I should say.

VIDEO: Pooches familiarise next to the bandstand. Click on diamond or X-icon to the right of the time bar to expand movie. Filmed by Lizzy Armstrong

We share with you some of the many photos taken on this day by our members in our gallery below. Forgive us if we are unable to credit everyone or name every Scottie! 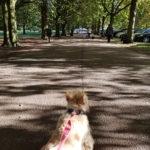 How many Scotties can you see? 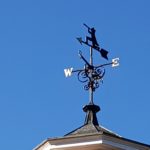 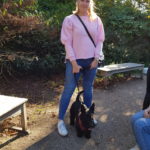 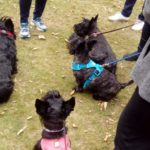 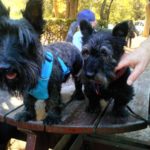 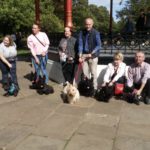 We met beside the bandstand at Greenwich Park 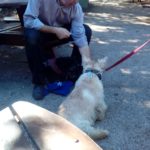 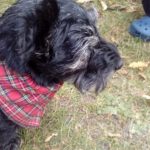 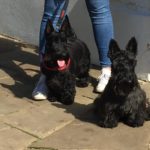 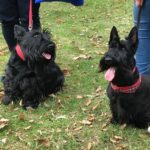 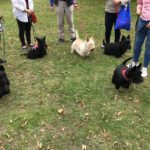 Who’s got the treats? 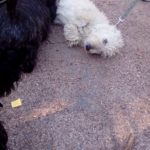 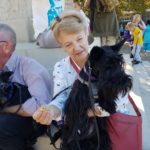 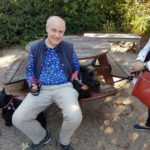 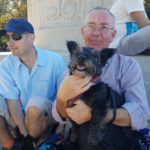 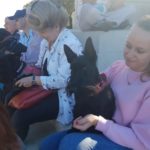 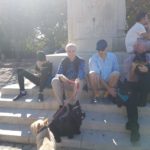 Beneath the moment to General Woolf 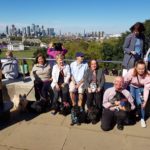 London Scotties near the Royal Observatory, home of the GMT, with the London City Skyline in background 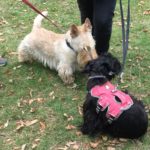