Snow no snooze for our Scotties

The last week of February has seen daytime temperatures in the UK drop to below zero and snow draw a white blanket over most of the country, as the "Beast from the East" hit Europe.

London was no exception. While most people toiled in the snow to get to work or school, Scotties were true to their Scottish ancestry and lapped up the commotion. In the above video you can view Ben going spare in his west London garden, filmed by Jann.

In the featured photo (top) you can see just how much snow came down in Kew, London, and where early morning (530am) the walker (tracks in the middle) and those of Scottie Pikush (left) and Pudding (right) had been.

Here we sample a few of the avalanche of great photos which were sent in by London Scottie Club Members on our WhatsApp group. The photos and videos certainly brightened up fellow members' days and we hope they have a similar effect on you too. 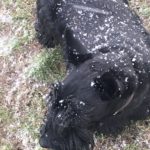 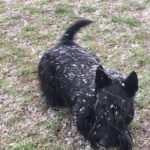 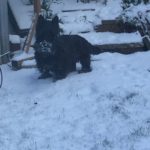 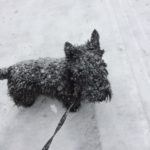 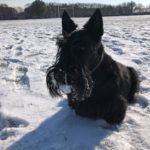 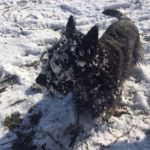 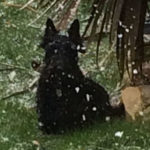